Looking for the the top Akron real estate photographer? Then look no further! At Captivly Media, we pride ourselves on offering premium media services at an affordable price. Helping real estate professionals in the Akron area promote their personal brand by offering their sellers far more than the competition. 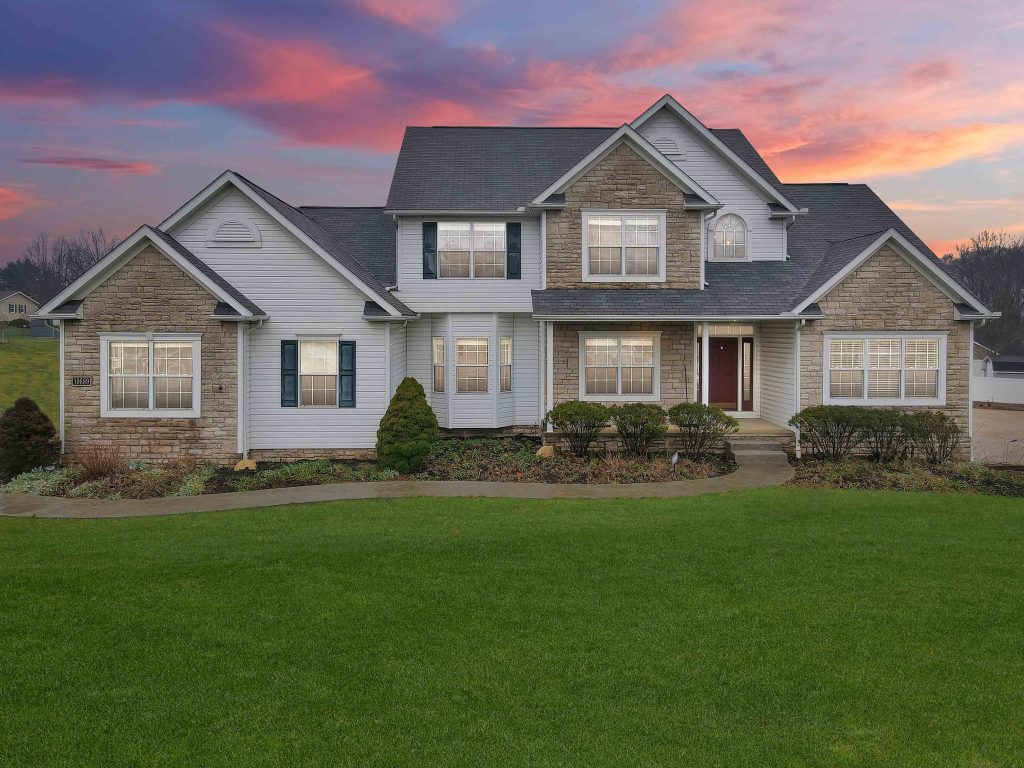 Are you a broker, real estate agent, or homeowner listing your house in Akron? How about someone who is getting ready to rent a property?  Then you likely heard of Captivly real estate photography. We have helped numerous agents in the Akron area highlight their listings with professional imaging, aerial photography, and virtual tours.

Even Akron Business owners can utilize the power of Captivly Media.

Schedule Your Session
Previous
Next 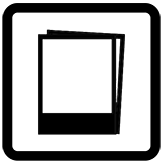 We supply a wide range of real estate photography services in Akron, Ohio. Wherever you need a professional photographer to capture your listing, we have you covered. From captivating images, item removal, twilight edits and much more. We are the company for you. 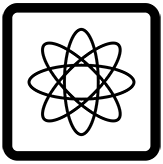 Captivly Real Estate Photography is your expert in all things virtual tours in Akron, Ohio. Allowing the potential buyer to tour your listing from the comfort of their own home. 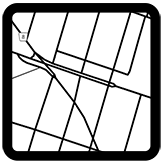 Our photographers are fully capable of capturing all the angles you need from the air. Our pilots are certified and professional when it comes to operating our drones. So if you need pictures or an exterior video of a house, business, or surrounding area, then we have you covered.

Partnering with the right real estate photography company is crucial to success. If you partner with an inexperienced company or a company that provides low-quality work, you will likely waste quite a bit of money. But, more importantly, what will that do for your personal brand as a realtor?

When choosing a professional real estate photographer, you need to find a partner who is skilled, experienced, and is easy to work with. Yet most importantly, they should always conduct themselves professionally when interacting with you and your clients.

Are you a real estate agent in the Akron market who is looking to promote a commercial building or business? Or you are a business owner who is looking to capture the best angles of your business. Regardless of what you need the photos for, Captivly Real Estate Photography is here to help.

Serving the local Akron market, we make sure you have a streamlined scheduling process. Then once we capture your location, we are able to return the photos back to you in promptly. Give us a phone call or reach us through our website to start the process. 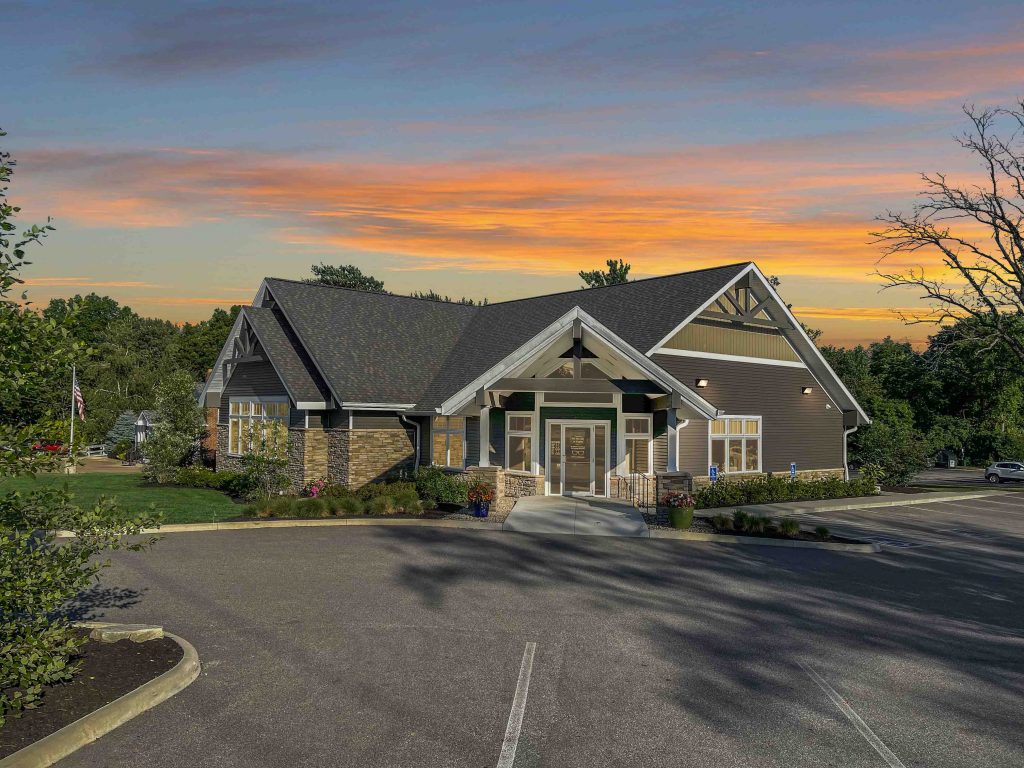 Give us a call when you acquire a new listing. We will guide you through the process & setup your session.

Join us on site for the photo shoot or stay home and relax. Either way, your photos will look perfect.

Effortlessly download the finished photos from the cloud. Show them off, sell the home, & take all the credit!

If you are planning on selling or renting your home, professional photography is what will prevent the struggle to attract more interest, especially in the Akron market. Fortunately, Captivly’s team of real estate photographers can take care of your project. Making it easy to find the perfect photographer for your real estate listing.

With experience working in all the Akron neighborhoods: including Barberton, Cuyahoga Falls, Fairlawn, Green, Hudson, Mogadore, Montrose-Ghent, Munroe Falls, Norton, Silver Lake, Stow, and Tallmadge. Understanding the complexities of the Akron market, we are familiar with the type of homes in the area that go up for sale and know what the local buyers are looking for.

When you hire Captivly, you can expect phenomenally shot real estate photos that will bring out the true beauty of every room. 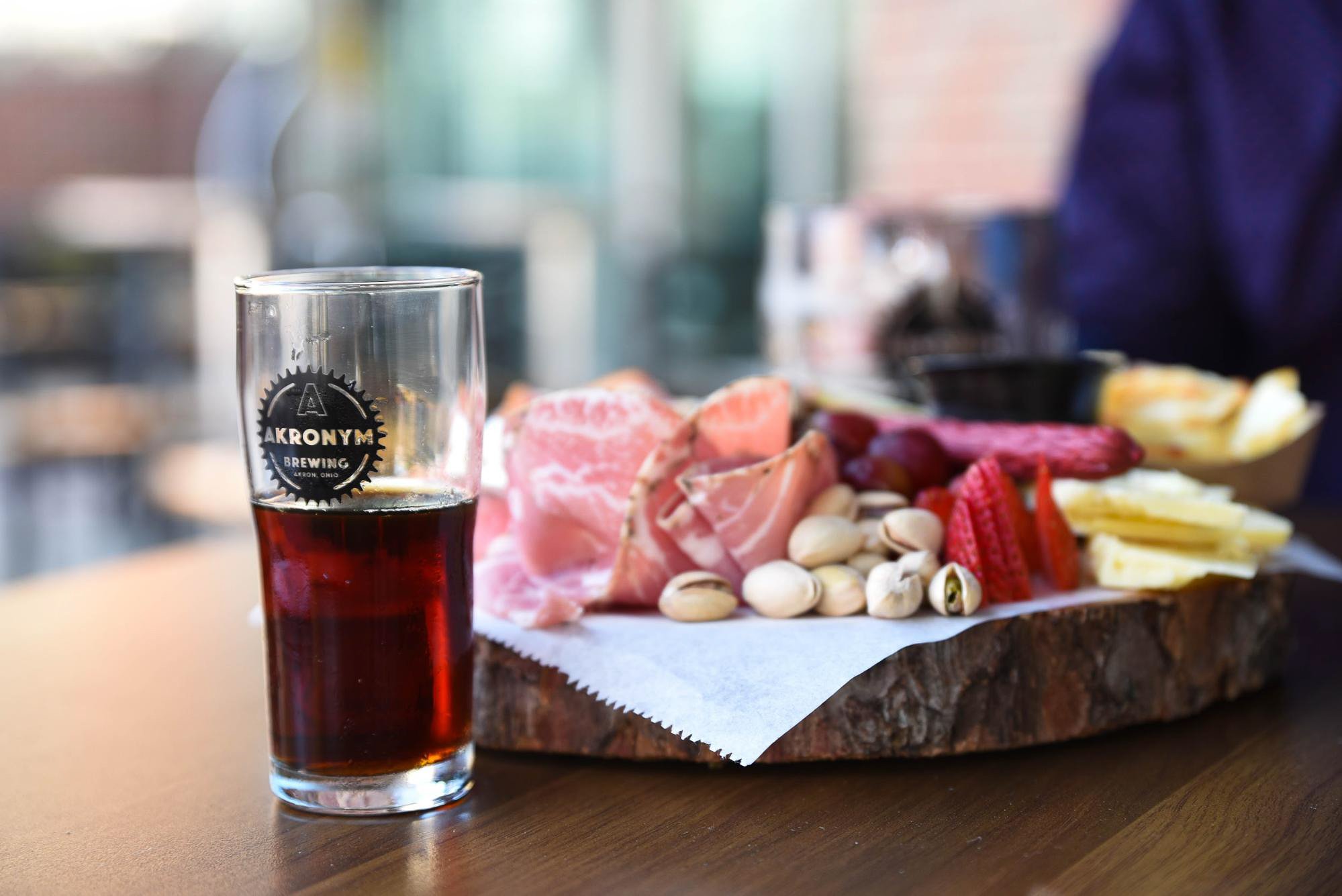 There is nothing quite like enjoying an evening with friends over a delicious local beer, and there is no shortage of cool breweries in Akron,

Areas In Akron That Captivly Covers

GET IN TOUCH
We’d love to hear from you

Find us on Social

How important are real estate photos?

Speaking from experience, professional real estate photos are very important in the Akron market. Spending several years capturing some of the best angles for top agents in the Akron market. We can confidently say one thing that makes the top agents stand out over the competition is when they consistently get top-quality photos for their listings, regardless of the size and price.

What services do you offer in Akron Ohio?

Captivly Real Estate Photography offers all of its services to the Akron market.

What Are Some Real Estate Photography tips?

There are several crucial components to focus on when capturing perfect real estate images. A few of these include lighting, exposure, composition, and understanding the floor plan. Another important factor is equipment. Captivly has spent years building the best camera rigs to capture wide angles with ultra-low distortion. Ultimately, professional photographers are trained to take listing images that make marketing the property to the prospective buyer a breeze.

What If My Property Isn't Staged?

No Worries! If your listing isn’t staged, the photos can still turn out phenomenal. We have shot numerous listings that were empty. It is a great way to show the true size of the property.

But if you would like to take your listing to the next level then virtual staging is the perfect option. We can be your interior designers for a fraction of the cost. Adding in furniture that you would never be able to know wasn’t really in the house. Some of the great benefits that come with virtual staging are: Increasing buyer interest, driving higher sales prices, removing any perception of empty cold space, selling properties faster, furnishing a home for a fraction of the cost, and staging the property to match the architectural style.

Before you move to a different district, neighborhood, or metropolitan area, it can be helpful to do some research into different aspects of your chosen destination. Are you thinking about buying a property in Akron, Ohio? Then, our analysis right here can be helpful. Keep reading to find out more about what living in Akron, Ohio, means, by learning about its housing market performance and affordability, inventory and sales, schools, crime rates, and more.
Performance and Affordability
Akron Crime Map
Inventory and Home Sales
Akron Schools
Summary
Performance and Affordability

Akron, Ohio, is currently one of the best-performing metropolitan areas in the whole United States. According to data collected by Redfin, Akron is also a very competitive location, where the average property sells in just 25 days.
Specifically, the majority of houses receive multiple offers, with some of them even waiving contingencies. On average, properties in Akron, Ohio, sell for about 2% below their listed price, whereas so-called “hot homes” can sell for up to 3% above their listed price, and can go pending in just six days.

Akron’s housing market is also characterized by a good degree of affordability, which further enhances its competitiveness. As of September 2022, the median home price was in the region of $198,000, way below the national average of $411,000.
For what concerns the average housing percentage of income, Akron is showing a slight increase – from 18% in 2007, to 22% in 2022 – yet it is still considerably lower than the nation’s average of 30%.

In terms of the resident population, it was found that Detroit home buyers searched to move to Akron more than any other metropolitan area, whereas Akron residents were looking to buy properties in Philadelphia more than in other cities.

In Akron Ohio the metro area crime rate is roughly 35 per 1,000 residents during a regular year. People who live in the Akron area metro consider the northwest part of the area to be the safest.
Your chances of crime could be as high as 1 in 16 in the eastern neighborhoods but could be as low as 1 in 67 in the northwestern side of the area.

Despite the great performance, competitiveness, and affordability of its housing market, it’s important to point out that Akron is not the safest metro area in terms of crime rates.

Full disclosure is, in fact, an essential aspect of a sound and trustworthy relationship between the real estate agent and client, and this needs to be applied both to individual properties as well as districts, neighborhoods, and entire metro areas.

According to City-Data, for example, the 2019 crime rate in Akron was 446 – almost 1.6 times higher than the national average. Violent crime was on the rise, which included murder, rape, robberies, assaults, burglaries, thefts, and arson.
Compared to some of the nearest cities, such as Cuyahoga, Falls, and even Lakemore, crime rates in Akron were considerably higher.

For this reason, it is unlikely that the Akron housing market will experience a real boom anytime soon, unless its crime rates drop significantly and reach – at least – the US national average.

On a more positive note, crime rates did go down slightly from their peak in 2011, and murders decreased compared to 2019, all of which might be a good sign for future trends. 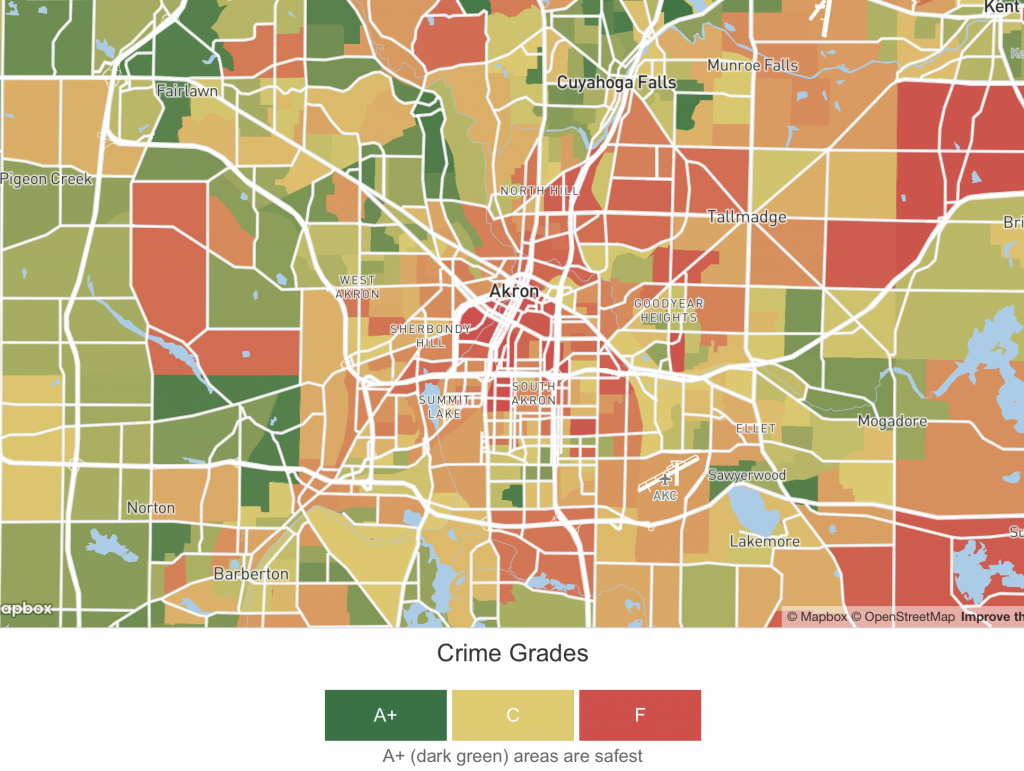 At the moment, inventory in Akron, Ohio, is very tight, reaching its lowest levels since Redfin began gathering and analyzing data in 2012.

New listing rates are also very low, and similar to pre-pandemic levels. This, in turn, is contributing to exacerbating the tight supply.

However, unlike the rest of the nation – and especially unlike the real estate markets that were considered “hot” in the past few years (including during the pandemic) – Akron’s home sales are still within pre-pandemic average levels.

Nonetheless, demand is showing signs of getting slower and weaker, with the sales/list price ratio decreasing to below 100 (yet, it is still above what it used to be up to a few years ago, where it reached lower points of around 96).

The education system in Akron is good and varied. It includes 53 elementary schools, 18 middle schools, and 17 high schools, several of which are rated highly by staff, parents, and students.

In particular, the top three elementary schools in terms of ratings were Riverview, Woodland, and Gordon Dewitt, which received scores of between 8 and 9 out of 10.

As for middle schools, the highest-rated were Tallmadge, Bolich, and Roberts, all with ratings of 6/10. The top-rated high schools, on the other hand, were found to be Akron Early College – the only one that was awarded a 10/10 score – Akron Stem High School, and Tallmadge High School, both of which scored 7/10.

Akron metro prices are still on the rise due to the affordability advantage
Thanks to its affordability, the median prices of properties in the Akron area continue their slow and steady ascent, so we expect to see this trend for a few more months, at least.

Crime and safety are an issue for long term growth
Unless the Akron metro area succeeds at reducing its crime rates to, at least, the US national average (or even lower, if possible), crime and safety will continue to represent an issue for home buyers looking to settle down in the city.
This, in turn, means that long-term growth of the Akron housing market might be somewhat sluggish and not as promising as it could be if we only considered its performance and affordability.
If it doesn’t manage to solve its crime-related issues, Akron might lose ground to other metro areas in the US with similar property prices but much lower crime rates and enhanced resident security.

Manage Cookie Consent
To provide the best experiences, we use technologies like cookies to store and/or access device information. Consenting to these technologies will allow us to process data such as browsing behavior or unique IDs on this site. Not consenting or withdrawing consent, may adversely affect certain features and functions.
Manage options Manage services Manage vendors Read more about these purposes
View preferences
{title} {title} {title}